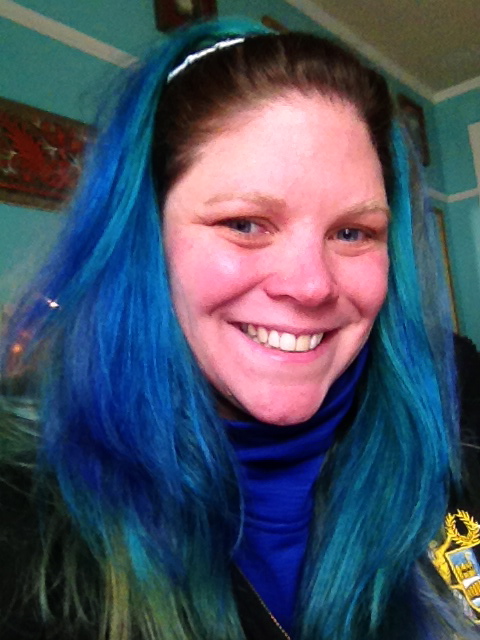 My Links
About Elaine K Howley
ELAINE HOWLEY is a former Division I collegiate swimmer and ocean lifeguard who began competing in long-distance open water events in 2006 on a dare and hasn’t looked back since. A New Jersey native who’s called Greater Boston home since 2001, Elaine has amassed a long list of open water achievements since her first event, the 8-mile Boston Light Swim in 2006. In 2009, Elaine became the 32nd person to complete the Triple Crown of open water swimming, which includes the English Channel, the Catalina Channel, and the around Manhattan Island Marathon Swim. She is the current co-record-holder for the fastest double crossing of the Boston Harbor, and holds the record for the longest swim by a woman in Narragansett Bay. She is also the first person to complete a solo crossing of the 32.2-mile long Lake Pend Oreille in northern Idaho. She completed that swim in 20 hours, 25 minutes on July 31, 2014. In August 2015, she swam the 22.2-mile length of Loch Ness in Scotland in 13:21 (but did not spy the monster). In July 2016, she completed a solo crossing of Lake Tahoe, a 21.5-mile swim at 6,200 feet altitude in 15:27.

When she’s not swimming, Elaine is a freelance writer and editor based in Boston. A frequent contributor to U.S. News & World Report\'s Health site, SWIMMER magazine, AARP.org, and Outdoor Swimmer magazine, her work has also appeared in Triathlete magazine, Atlas Obscura, Mushing magazine and many other publications and websites.

Elaine graduated from Georgetown University in 2000 with a bachelor of science degree in language (German) and a second major in studio art. After graduation, she joined the Peace Corps, serving in Chernihiv, Ukraine as an English teacher. She earned her master of arts degree in publishing and writing from Emerson College in 2006 while working full-time as a technical writer and book editor.

To read more about Elaine K Howley, please click the link below: