Well done and welcome back to the recent Antarctica ice swimmers 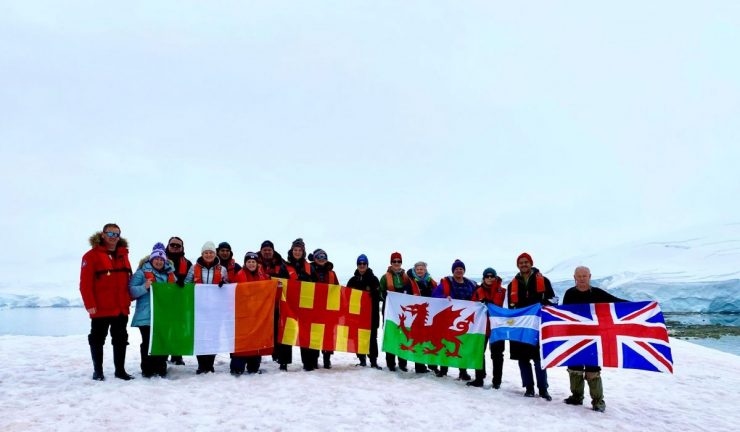 A group of 14 swimmers led by Ger Kennedy has embarked on another Ice Swimming adventure in Antarctica.

The group has completed swims from 100m to an Ice Mile.

IISA records all swims, however, to qualify as an adventure swim it must be a swim of at least 1000m according to IISA Rules.

Cath Pendleton (UK) and Paul Eugen Dorin Georgescu (Romania) are the first ice swimmers to swim below the Antarctic circle. They swam in Hanusse Bay in latitude of 66:56 South. The Antarctic Circle officially starts at 66:33 South.

Well done to Kathryn Pratschke (IRE), Dee Newell (IRE), Redy Redfern (UK) and Jane Hardy (UK) on their ICE KM in Antarctica. Also well done to the other brave hearts who swam from 500m to 100m braving the Icy waters.